Whatever happened to… Jeff Noon

Back in my 20s I remember I had to get a train.  I can’t remember where I was going but I remember the journey.  I remember that journey very well because it was the day I picked up Jeff Noon‘s Vurt.

Vurt is a strange book.  At the time I was very into Cyberpunk and I clearly remember reading the blurb and thinking, “Wow, Brit Cyberpunk!”  however I wasn’t prepared for the book I ended up reading.  It’s a book about the nature of reality, how we interact with each other, drugs, counter-culture and the interface between man and machine.  It’s a fascinating book and I was astonished at how much I enjoyed it.

After that point I made sure that I read anything by Noon I could find.  There are 2 direct sequels to Vurt:  Pollen and Nymphomation (strictly speaking this one’s a prequel…).  Together they make a sort of Lord of the Rings epic of the near future, describing a reality that’s malleable and inconstant.

Then there’s [my favourite] Automated Alice which brings all of the various allusions to Carroll in his other books together in a story where Alice falls through the rabbit hole and end up in a future Manchester.  Brilliant stuff.  I am not sure how he managed to ape the playfulness of Carroll while not writing pastiche.  And this is also loosely part of the Vurt sequence.

He also wrote Pixel Juice, Falling out of Cars, Needle in the Groove and Cobralingus.  Last I heard he was working on something called 217 babel street which is a sort-of shared world with other authors.  I remember looking at the website and deciding it wasn’t my thing and settling down to wait for his new book.

It was something of a surprise  to discover that a [short?] film of his short story Creeping Zero is in production.  I stumbled across some concept work and early stills and I find myself excited.

Where have you been Jeff?  Why haven’t you been writing?  You are missed!

I’ve had to edit this as it appears that the stills I linked to have been removed.  I’ve linked to an IMDB news item which I hope will at least be more permanent.  When things get pulled I get worried.  Films that go into development hell rarely get made.  Those that do are more often than not… terrible.  Here’s hoping that I’m wrong.

I’ve been getting a lot of hits from people look for information on Jeff.  If anyone out there happens to know if he can be contacted – feel free to pass his details on.

PS.  The company making Creeping Zero is called Dan Films.  They made the interesting Creep and Triangle.

Around 100 years ago a famous magician, The Great Lafayette, died in a horrific blaze in the Empire Palace  (now Festival Theatre) theatre in Edinburgh.  At the time of his death he was one of the highest paid performers in the world and he had a dubious relationship with his dog Beauty.   The Festival Theatre held a few events to mark his death, including a show by Paul Daniels, but your correspondent joined the Secret Society for an evening of spookiness.  I had a great time though I am sad to admit that I didn’t have any supernatural experience.  Here’s a couple of pics: 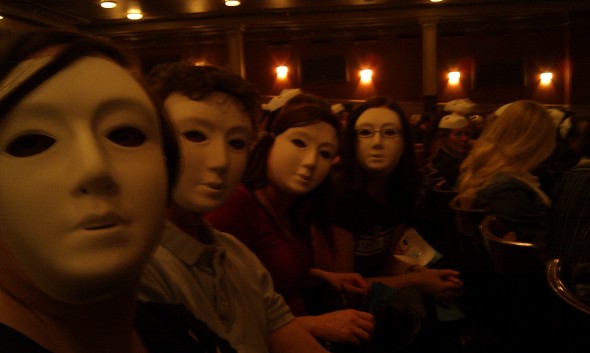 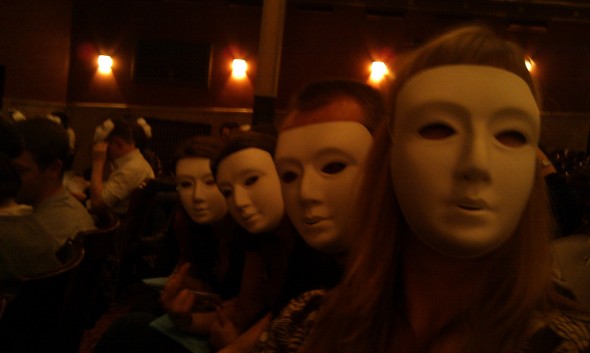 Adam Curtis (take a look at the blog roll) is about to release a new series called All Watched over by the Machines of Loving Grace.  I can’t wait.

Adam Curtis is a brilliant documentary maker.  I think his work needs to be seen, in particular: the Power of Nightmares and the Century of the Self.  His new show (see trailer below) seems to be about techno-utopian fantasies though the only way to be sure is to actually watch the series.  It starts on May 23rd.  Watch it.